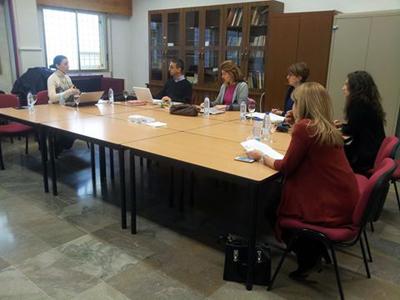 On the 2nd and 3rd of February 2015 the second meeting for MusiChild took place at the School of
Education of the University of Granada, Spain. The meeting was attended by 6 participants from
our 5 partner organisations. Each partner presented its work regarding Intellectual Output 2
followed by comparative discussion regarding efficient for early childhood music education
practices, theorization, strategies and approaches that the international literature suggests.
During the second day the group worked towards devising a theoretical and methodological framework
for devising MusiChild’s evaluation tool.

The meeting was concluded with the final reflections and feedback concerning the overall
meeting, agreeing on the next steps for the following months and scheduling two virtual
meetings and third transnational meeting in Rome in late May 2015 and the fourth meeting and
training course in Corfu in July 2015. In addition the group planned the dissemination activities
for the first six months (see Conferences/media Presentations).