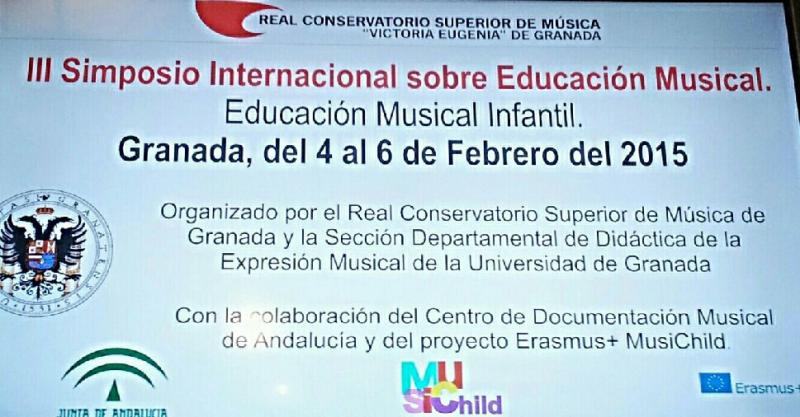 CCRSM’s European project “Early Childhood Music Education in the Mediterranean” had a wonderful collaboration with the University of Granada and the Conservatory of Granada in contributing to the 3rd International Music Education Symposium which took place at the University of Granada, Spain, between 4-6 February 2015. The Project team presented two academic presentations with major academic findings and a workshop in which they applied initial steps of the emerging methodology for intercultural early childhood music education.